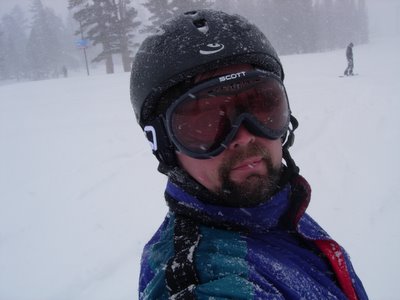 Well I wasn't quite on the slopes by 8:30 when they opened... had to get some chow first. However, when I opened the blinds and looked outside... what a site... it looked like a blizzard had hit... about a foot of new snow on my patio railing, over night and it was still coming down. 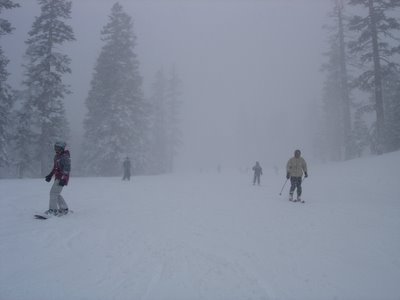 So I put on my snowboarding attire, grabbed the board and walked over to the gondola... I had spoken with Eric, Ian and Sal about meeting up at lift 15 which was going to require some navigation of the slopes to get there... this was my first time on Mammoth Mountain. 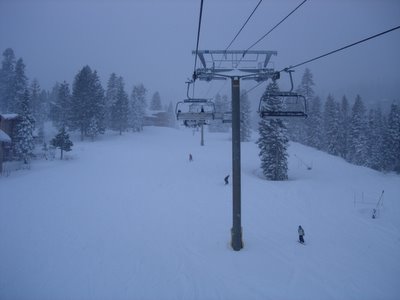 I made it to the lift while shaking off some rust... it was especially challenging not having boarded in a few years, shaking off rust and hitting large areas of ungroomed fresh powder.

Since I am regular and not goofy, my right leg was getting a hell of a workout leaning back to keep my nose from diving into the powder. For those of you who don't know... regular stance is having your dominant leg in back while goofy is having your dominant leg up front... the front leg is what you lead with most often going down the hill and your front foot is usually about 15 degrees off the perpendicular of the board. 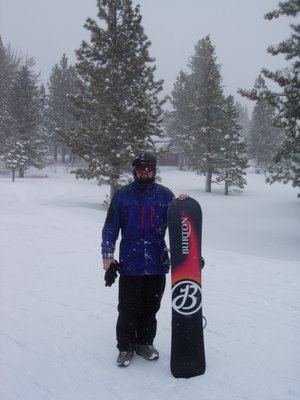 Unfortunately, during my runs I never hooked up with the group... visibility wasn't that great and I never saw them or they me... oh well, I had a great time and a nice work out... however the level of snow coming down and the visibility dropping had me concerned about getting back to Vegas... so riding was done by 12:00pm and I was on the bus back to The Village. 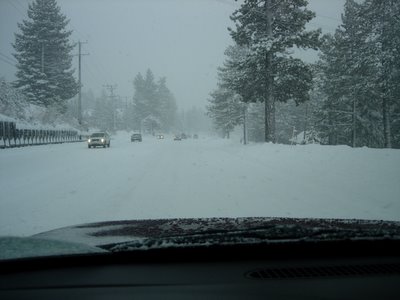 Once I arrived it was hurry up and finish packing and get out of Dodge in my Dodge. The training session I had planned had to be rescheduled because any more time not moving could have meant not getting over the pass.

We did have to get some gas and some food so we filled up and popped into a KFC... and I experienced some of those wonderful drivers again... imagine my surprise while washing up after eating and suddenly it sounds and feels like an earthquake starting... it was no earthquake... it was an amateur driver coming in a bit to fast for a landing and slamming into the KFC wall hard enough to break the wall on the inside! I'm glad I was only washing up... imagine if I had been in there using the head! 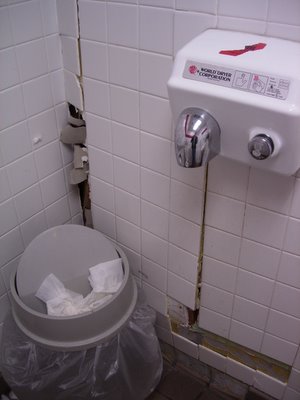 The road out was snow covered as was 395 a major highway... the real challenge however was getting over the pass... I suppose the next two pictures will speak for that experience... 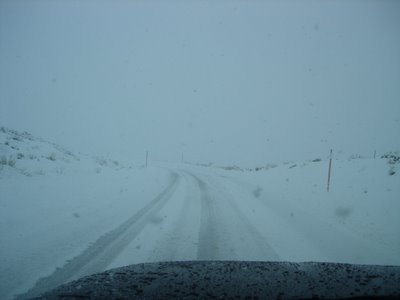 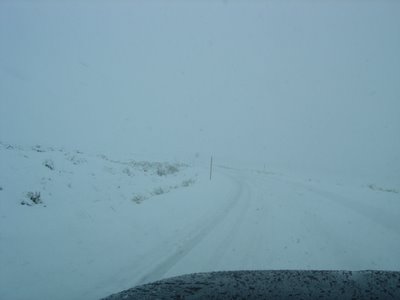 By the time we got to the end of Benton Crossing and finally into Benton the snow had let up considerably. 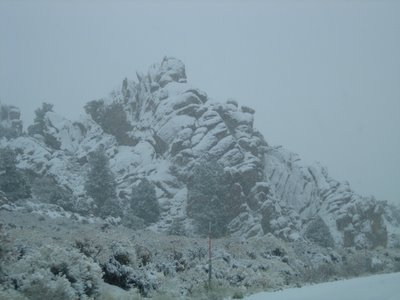 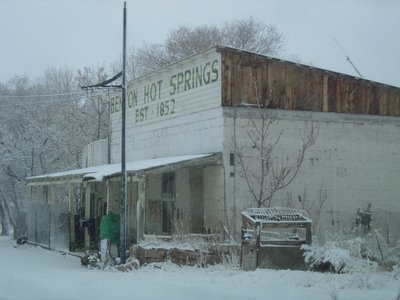 Oh and when you are in need of a rest stop and there are none for about 50 miles it's okay to pull over take care of business... What's not okay is your wife taking a shot of you zipping up your fly! I felt like Tommy Boy when Richard (Spade) pulls the car away when he is whizzing on the side of the road... effectively blowing his cover. 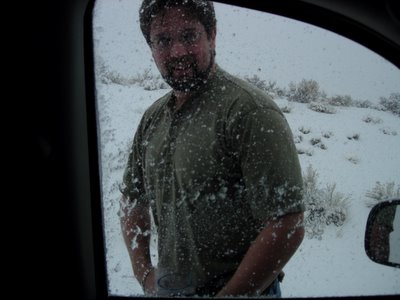 After getting back to Fish Lake Valley the snow had disappeared and by the time we were approaching Vegas we knew we were in the fast lane again... 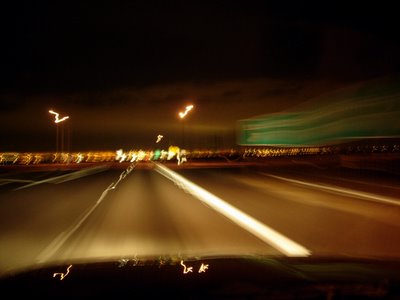 It looks like a fun trip. Snowboarding is cool and all but have you considered skiing, an ancient sport similar to snowboarding, but with two very narrow snowboards, one for each foot?

Skiing is okay and that is what I used to do on the east at places like Mass of Nothing and Ski Roundtop but after going out West to Colorado on a trip and taking lessons in Vail for snowboarding I put down the ski poles for good... well at least the down hill poles... I would still cross country ski... but Snowboarding is the shiznit... no poles, no knees going opposite directions... snowboarding is gen X my friend and I can shred the mountain dude!