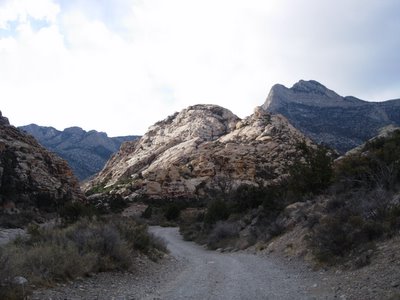 Sonny and I decided to hike another trail this weekend that neither of us had ben down... La Madre Springs.

It was definitely a bit colder than my last trip out to Ice Box Canyon and the trail head started at the base of a cliff that blocked out the sun... no help there. The hike began rather easily with the first 1/6th being a 4x4 trail. The Wind was howling and of course I didn't bring a wind breaker.

The trail broke away from the 4x4 road and was pretty moderate for the next half hour. In fact there were some really colorful birds in the shrubs and small trees lining the path... brilliant blues flashed in front of us as these birds (not sure what type) fluttered across the path ahead of us. 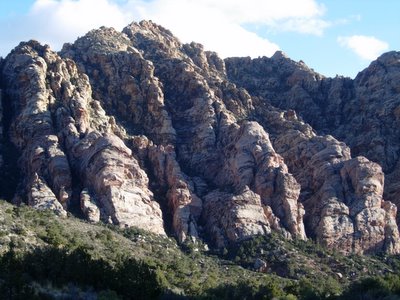 It was about half way up the path that it became pretty steep with a steady incline of about 30 degrees I would guess. The path was manageable but the constant incline was getting to us a little. However, the long hike up the incline was worth it when you hit the small pool. As we approached the crest of the hill we were hiking we could hear the sound of trickling water which is unusual in the desert. Once we reached the top we were greeted with the sight of a medium sized pool of crystal clear water and a pretty fast flowing stream rushing into it. 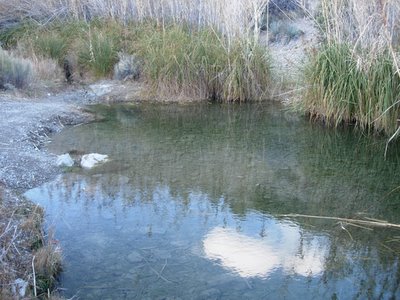 This is where the best part of the hike began... we thought that once we reached the pool it would be the spring head but this was not the case. We followed the stream up a small canyon it had carved over the years... the contours and vegetation along the stream path were very interesting and unlike anything we had seen coming up... that is what altitude and water will do for the geography and flora. 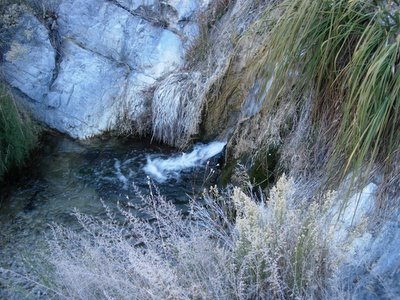 There have been many sightings of rams in the are as they go there for water and food but we were not that lucky... so no ram pictures in the blog this time though I am determined to get some good wildlife footage in here... it will require a predawn hike or post sunset to really get some good photos...

We followed the stream up some distance before we reached an area that would be a little treacherous and as the sun was setting I didn't want to navigate in the semi darkness with Sonny and get hurt that far up. So we came down and enjoyed the decent much better from a quads and calves point of view than the accent! 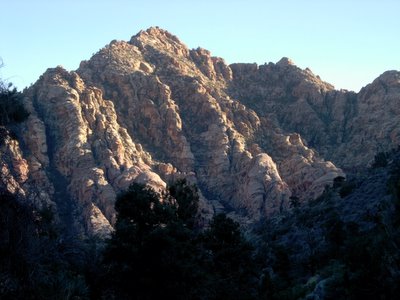 Not to self: Go again and this time go earlier and bring backpack/camel back to reach the spring head! 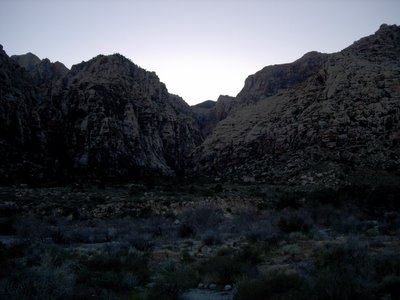 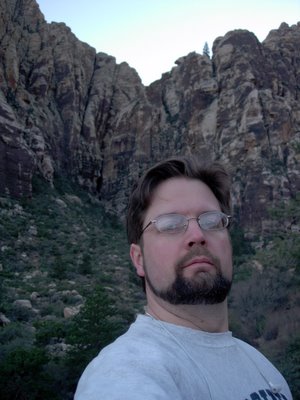 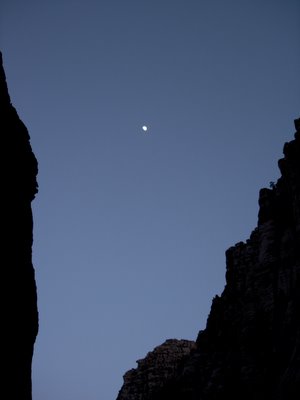 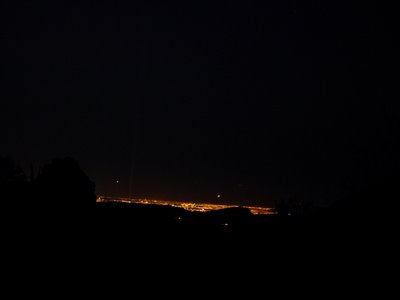 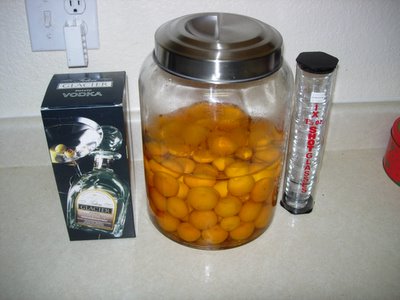 My Parents sent me some Calamondin Oranges that I had requested to make my own Tedsolute Orange... After thoroughly cleaning the oranges with water and a medium brissle brush I dropped them into a very large sealable jar.

Some were in bad shape so much like the bad eggs in Wonka's Chocolate Factory they got rejected. I then added 3 bottles (750ml each) of Teton Glacier Potato Vodka into the jar so that it could slowly soak up the flavor of the oranges... The expert at Lee's Discount Liquors suggest this as one of the better domestic potato vodkas made from choice Idaho russet potatoes.

I look forward to some super martinis!
Posted by Ted Madsen at 8:25 PM 2 comments: 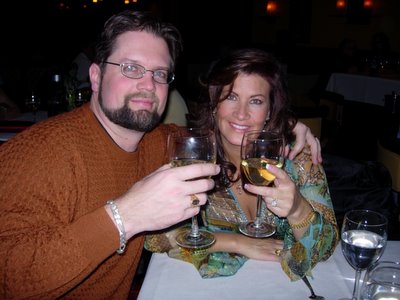 I make them every year and this year I am ahead of the game! I started accomplishing my resolutions before the year started...

Continue to become more physically fit... I have been going to the gym 6 days per week and continue to do so. And can I say that I find myself somewhat annoyed with my recently jammed up gym... wow the first week of 2006 and I have to wait for machines with all the new years health resolutioners hitting the gym now... I secretly wish for a steady decline.

Invest more... I would probably get an unsatisfactory for this but I've made some strides going into the new year.

Lastly get into more social group things... cycling clubs and such... working in a virtual office for the past year I realize that all my new relationships are mostly with clients and coworkers... and my old relationships are kept up through phone, e-mail and blogging...but I realized what I have been missing when I started playing pick up basketball again...

Sonny and I had a pretty laid back New Years Eve... we went to Roy's for a nice dinner and then had a romantic evening at home... going outside to yell and shout with the rest of the neighborhood revelers when the time came. 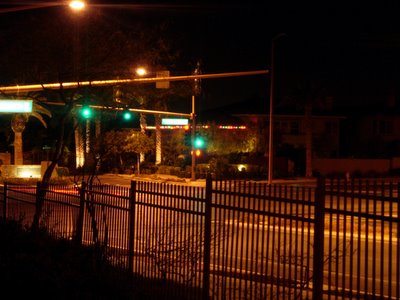 Posted by Ted Madsen at 8:11 PM No comments: