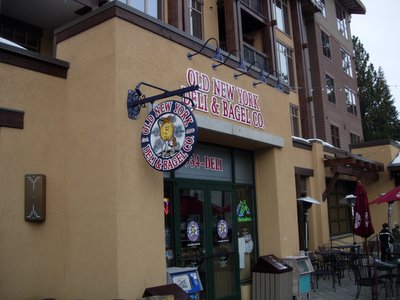 When you are staying in the Village... where do you go for breakfast?? There is only one answer... Old New York Deli and Bagel Company... they open early... the food is great, fresh and they have a broad selection... I usually get the lox and bagel but this trip it was a chirozzo breakfast burrito... wow enough for 2 people. I had been thinking about doing a little snow boarding but Sonny and I were a little lagged from the drive, then the cocktails, then the bed in our unit that Fred Flintstone would have been proud of as it felt to be made of granite... 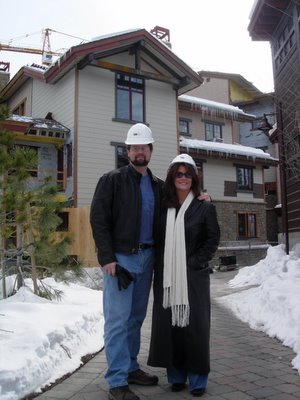 Instead we had a relaxing morning and then headed over to 8050 to view the model. Much of the building is still under construction so we had to hard hat it. The model was fantastic and I noted that I was particularly looking forward to the roof spa/bar/pool/hot tub with flaming water fountains and the whole bit to be completed! 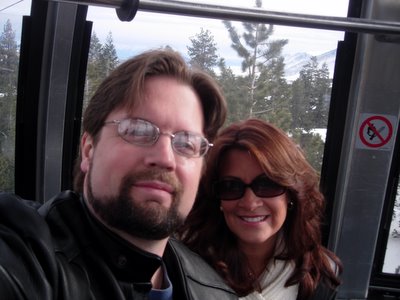 We then decided to take the gondola ride up to the mountain base to check out the scene... when the doors opened at the top of the mountain and I saw the slopes... I knew I wasn't leaving until I had done some snowboarding. 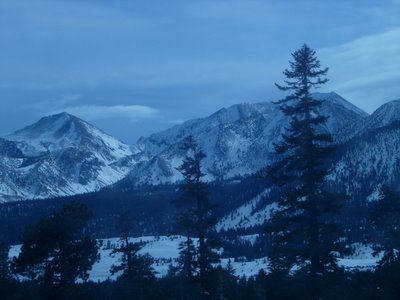 When we got back down I was ready for some Christmas shopping and oh... rent a snowboard! We rented from this bitchin snowboard shop called Wave Rave. It is the place to go if you are a snowboarder in Mammoth. They were very helpful and hooked me up on a Burton demo. I got some Burton pants too while there because my old ones were done for... Some Black Burton AK 3L vents did the trick! 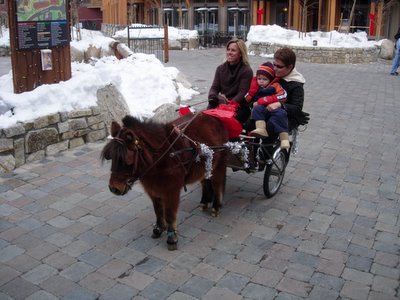 Once we got back we did some solo shopping to get those things for each other that we... may have seen when shopping together and thought that it might be a good gift kind of thing... we met back at the room around 5:00pm to get ready for the Tallus holiday cocktail party. 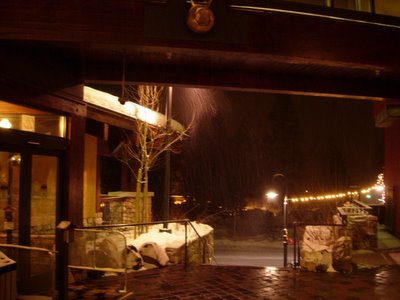 By that time it started snowing. I had heard some people discussing that the weather report said it would only be about a foot by Monday night... well that wasn't to be the case. By the time we were heading out the door the roads were covered with snow. I had some concerns because while I have 4 wheel drive I have TOYO PROXES directional summer tires. They move forward through the snow well but breaking is a little hairy... so as long as you are cautious and keep plenty of distance, oh and don't go DOWN steep hills you will be okay. 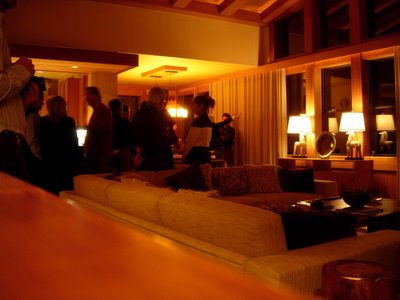 The trip to Tallus was only about a mile... but in that mile there was a lot of accidents... drivers putting their cars through the motions like it was summer. I almost had a Thunderbird slide into me on the way. 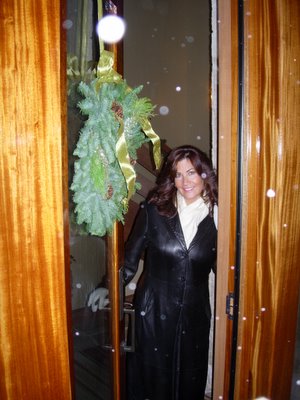 Once we got to Tallus I met with Eric, Ian and Sal and chatted with many of the guests. I had an interesting real estate discussion with a gentleman upstairs that went a little long for Sonny who was feeling a bit tired. I had spoken with a broker for the property and had promised to do a short sales meeting the next day about 2:00pm but alas it was not to pass... we stayed until about 10:30pm and then it was back to the room... after all I needed the rest because I was planning on snow boarding at O-dark-30! 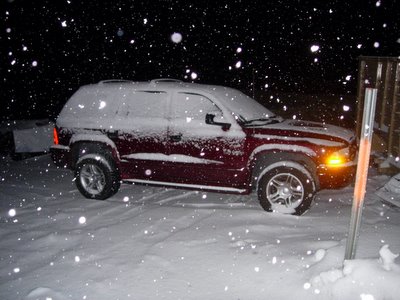 Well I didn't really go right to sleep... new snow... beautiful night... outdoor fire... had to go stand by the fire when we got back and enjoy the new snowfall. 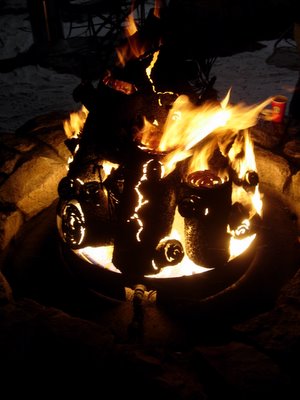