Christmas shopping in the West 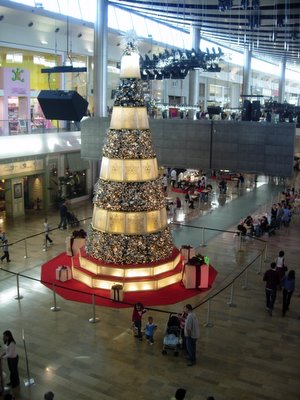 Well, I suppose that shopping in the West is not really much different than in the East except for the fact that it is noticeably less crowded... especially in Vegas... which is nice. When I lived on the east coast whether it be Fairfax or Norfolk, VA or Orlando, FL you could certainly count on wall to wall shopping crowds as Christmas approached. I imagine it has much more to do with population density than anything else but what a difference. 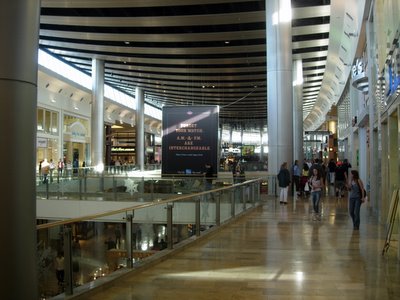 Shopping at Meadows Mall or my favorite Fashion Show Mall wasn't much different and in fact was less crowded in Fashion Show than during the Summer. I didn't really have to wait in long lines and spend more time deciding than waiting which is quite a shift... had time to pop by Teavana and get some yummy Monkey Rolled Oolong Tea with honey... have lunch at California Pizza Kitchen and stroll around the mall like a man without an agenda. 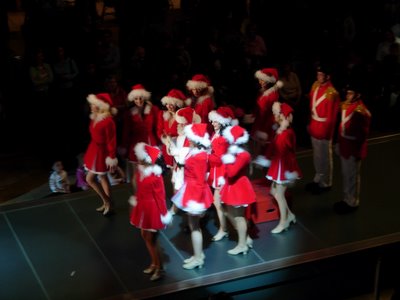 In the east I had my list and was practically Olympic fast walking as I weaved through the crowd like Clinton Portis... list in hand eyes on the prize and a mental count of money to be spent, money spent and available funds. 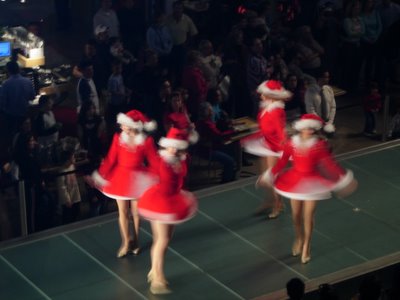 Crazily I missed some of the hustle and bustle of Chrismas shopping in the east but hey at least I didn't have to worry about Aisle Rage...

P.S. If you were wondering about the dancing Santa's helpers? It is all part of Fashion Show's deal... they have a runway in the middle of the mall... during holiday they have holiday events but normally they have models, modeling what is sold in the mall... the Fredericks and Victoria's Secret shows are the best!... well at least from my point of view.