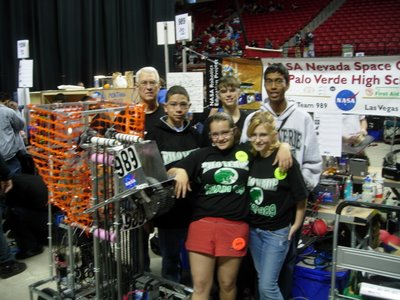 My 14 year old has been working overtime to complete the Palo Verde robot for the Aim High 2006 First Robotics Competition Las Vegas Regional. Right after the convention... in fact that Saturday following was the finals. Basically, this year the competition required each highschool to build a robot that could maneuver in all directions and shoot a foam basketball through a hoop. Part of the competition would require the robot to follow preprogrammed instructions to either defend or take shots and the second part would put the robot under the control of a student driver and shooter. Lisa's role, mostly because of her outgoing personality and drive to execute was that of team manager... somewhat like Summer Hathaway in the movie School of Rock. 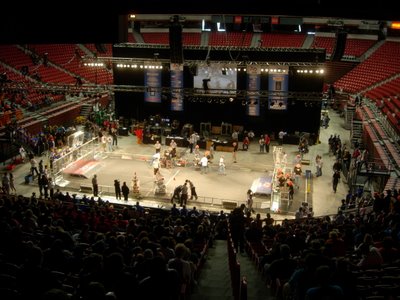 It was amazing to see the schools from around the country (Clearwater, FL to Waialua, HI) competing with surprisingly large entourages. Not quite the crowd that highschool football games get but not bad. 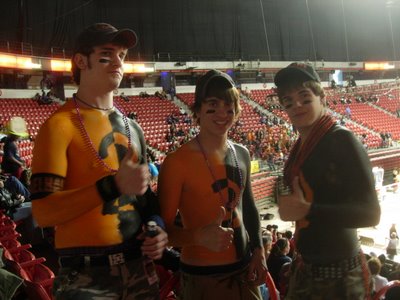 The competition required three schools to join up as a team opposing another three schools. Each match started with robots following a preprogrammed set of actions followed by a set time of one team on offense and one on defense... then they switch, and then there is a free for all. 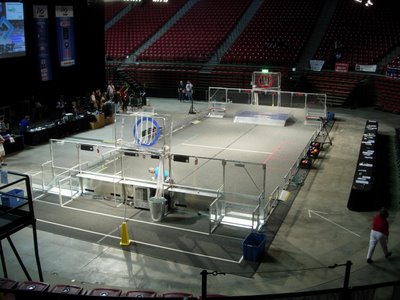 There were 3 ways to score points... one was shoot balls through the high goal for 3 points per shot, two was push balls into the low goals for one point each and lastly before the free-for-all ended was to park your robot on your goal ramp for I recall 25 points. 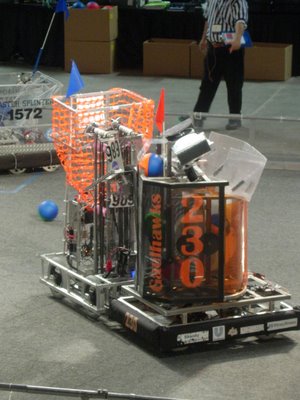 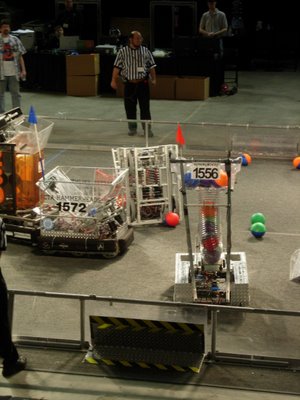 Some of the robots were incredible... talk about going above the call of duty... one had a tracking electric eye that would line up it's shooter, which was very accurate, exactly on target to slaughter other teams shooting better than MJ. 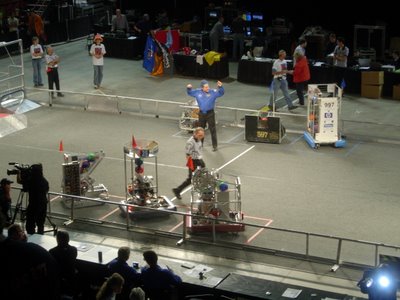 Palo was to discover that while their robot was strong at defense (no robot was going to win a push battle here) it's center of gravity was too high, making it vulnerable to high speed ram defense and its own torque. 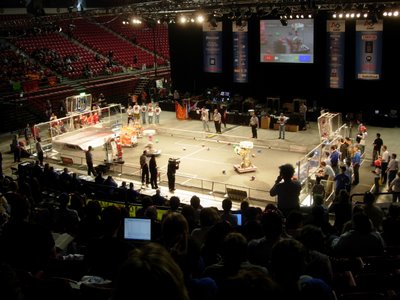 Next time they have decided that more test time would be built into the project plan... Gant Charts whoopeeee! In the end I and Sonny were very proud of Lisa and her teams efforts and are cheering them on to make some modifications for the final competition in Atlanta. 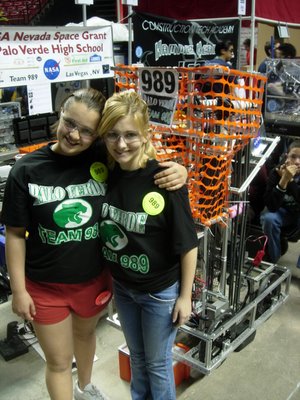