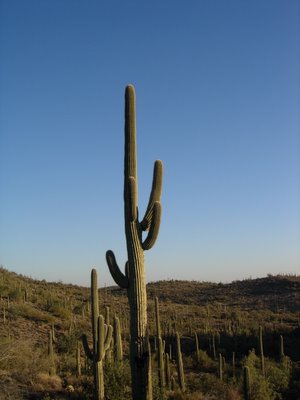 Well I went out to Phoenix this week for a series of business meetings but got to have a little fun too. Oddly enough it was my first trip to this city... I've been through Arizona many times but all of my trips have been through the north part of the state... Flagstaff and such. 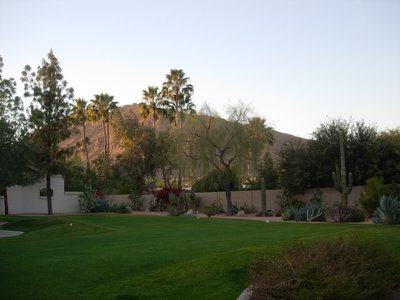 I stayed at The Scottsdale Camelback Resort. A nice property located just near the base of Camelback Mountain... if you are wondering it looks like the hump of a dromedary.

The first night there was spent enjoying a team building event. We all got together outside of the resort lobby where a Ford Expedition Limo... and I didn't think Expeditions could get any larger... pulled up to pick up all 10 of us and the driver proceeded to drive us north into the desert where we stopped at a nice ranch... strangely I don't recall the name of it.

I do recall the name of the Mustang I rode... Montana Pat. A good horse... no trouble with him except that he did occasionally want to eat nearby shrubs so I had to reign him in. This is him pictured below. 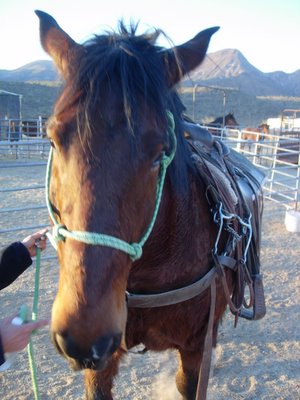 He was a trail horse and not super exciting (I have gone horseback riding with non trail horses in open country and that is really fun!). There were many in our group that had never been on a horse before and since this was a team thing and was to include everyone... lone horses on the range would not have worked. I am farthest away in the picture. 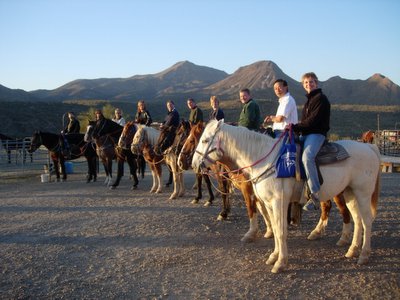 Afterward we had a real chuck-wagon cookout... steaks, beans and coffee all using tin cups and plates... what an authentic sound scraping the last of your beans up with a metal fork. We even had Mark Brooks a singer of cowboy songs there to entertain us with song and cowboy poetry... great stuff. 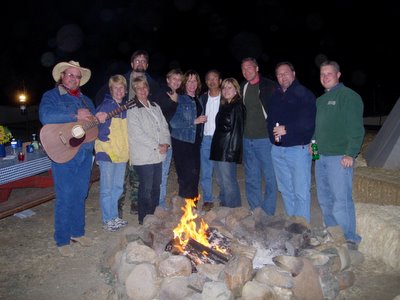 After a few beers and a few shots of Patron tequila we all jumped back into the limo for some more partying and Karaoke! The limo was equipped with a full system that actually grades you... The ride back turned into a competition and though I can't sing a lick I won the competition because my timing was good... and my song?? "Singing in the Rain"... it was me listening to that old Taco tape when I was younger and memorizing that song and "Puttin on the Ritz" that put me in the winner's circle... now they want to have a follow up competition... good lord what have I gotten into?? 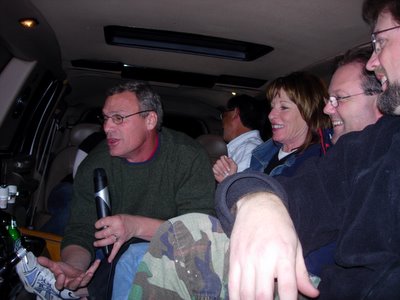 The rest of the trip was mostly meeting though we did eat at an old Phoenix Italian eatery called Avanti. 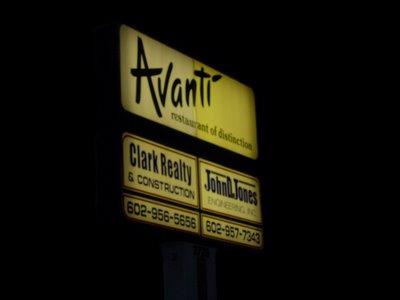 It apparently was a stomping ground for many famous patrons... mostly from Hollywood and NY. 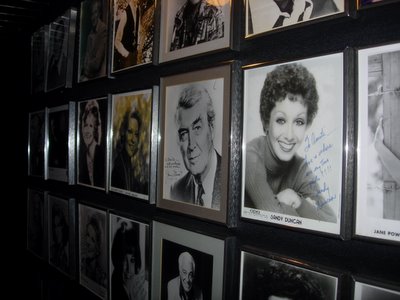 The food was great and the service was entertaining... even though the decor was dated... the chrome and mirror age. However, yesterday listening to NPR 2 top Las Vegas food critics were on and said that the best Italian they have had was in the restaurants with the worst art...

Hey that's good, the best Italian food can come from a place with the worst art. I'll have to remember that.