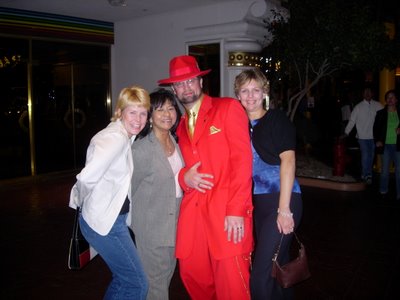 Ah, Monday night... usually not a party night in most circles but hey this is a convention and someone is sponsoring a party every night. This one happened to be at Pure in Ceasars. Since I was staying at the Venetian with everyone else... a few of my co-workers and I decided to get out of our business attire, put on some clubbing clothes, meet in the lobby and walk over.

Now some of you may have read my earlier entry about Zoot Suits. But in case you haven't... I own one... and it happens to be my company color... by pure coincidence. I originally had planned to only wear it to our big competitor's sponsored event on Wednesday night... I am a little expressive at times and admittedly it was an "in your face" play... but hey... when have I been scared??

When I met my co-workers in the lobby... it really separated the more conservative from the rest... that would be the "Oh my Gawds!!" and the "Looking Smookin's" Well we all had to walk together anyway even if some of them were a bit nervous being around someone dressed as I was.

I did find it funny that even though I was wearing a very nice Swing era suit... most people just saw me as a pimp daddy... lots of compliments from the women and the men... the young men were the funniest leaning in to me as we strolled by whispering "What up Playa" on many more than one occasion. Women wanting to "pop my collar" not sure what that means... I should probably Google it.

Okay I am back with the definition from the Urban Dictionary:

1. Where one pulls out their collar so that it faces upwards instead of folded inward; a sign that they are a str8 up pimp

With the pimp theme again... sheesh. For the record I am not, nor have I ever been a Pimp.

Anyway... Pure was a blast... I saw people in the industry that I haven't seen for years... even one Tom Nixon that people in Orlando thought was dead. Well here is evidence that this is not the case. He is not on the wrong side of the dirt. He is the one on my immediate right. 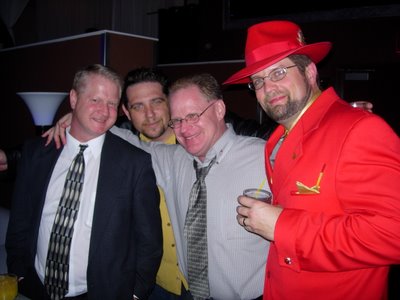 Well the suit was a hit and I had a great time... and outside the people I already knew in the industry I meet a lot of new and really fun people. 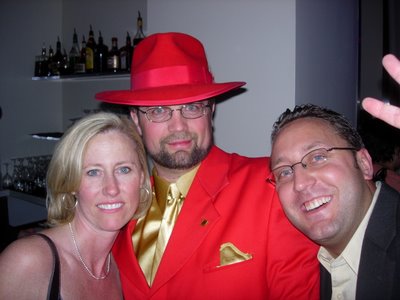 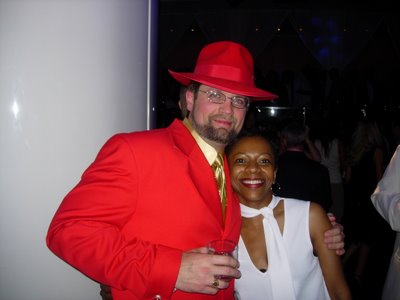 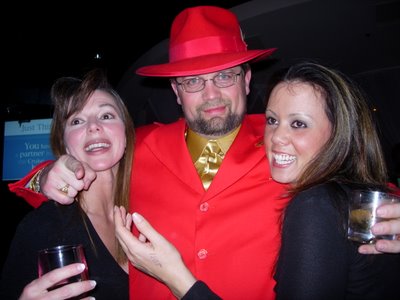