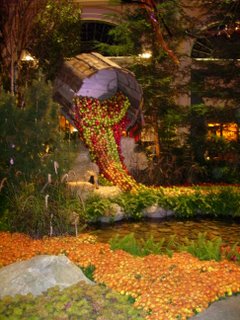 Sonny and I went to the Fontana at the Bellagio this Saturday Night. One of her co-workers had boasted that their mixologists made "the best" Cosmopolitans in Vegas. Sonny of course had to put this to the test as she felt that my Cosmos are the best in the World!

We arrived at the Bellagio at about 8:00pm and spent some time viewing the lobby decorations... At the official change of each season the Bellagio staff redecorates the lobby to match. We had not seen the fall layout yet so we decided to tour that before heading to the club. Every single season the Bellagio does a fantastic job... I think Winter and Spring are my favorites... Winter because it gives you a great place to visit on Christmas Eve to get into the spirit and Spring because of the exotic and colorful live butterflies they have fluttering about a huge gazebo. 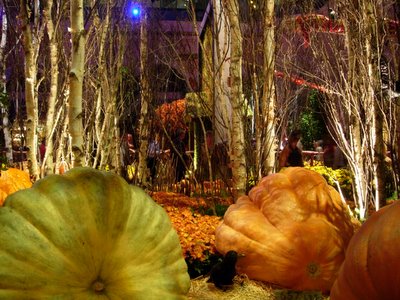 When we got to Fontana there was a line of about 10 people ahead of us so we figured it would be a short wait... when the hostess walked back to us about 5 minutes later she told us it would be a 45 minute wait! We couldn't imagine how, but there were limited tables within and it definitely isn't a standing room only type of club.

While we decided whether to wait or not, I went to the casino bar attached to Fontana and got a Cosmo and a Johnny Walker Black on the Rocks. Sonny said it was good but no match for mine. Before we had even finished our drink the hostess approached and told us that we could be seated... amazing! Not only that, but we were moving ahead of all the people in front of us... were we the chic Vegas cool couple that they liked to have in their establishment? Was there some secret Vegas database on good tippers that don't cause problems and have a good time? Or was it just good fortune? I did not know and wasn't going to ask.

We were escorted to our balcony seat overlooking the Bellagio water show that shoots off about every 20 minutes to various tunes from classical to country. 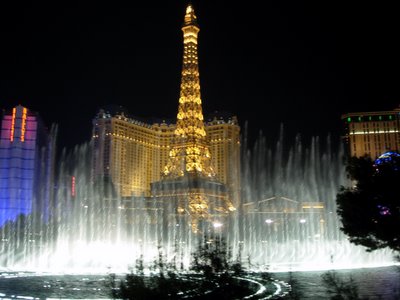 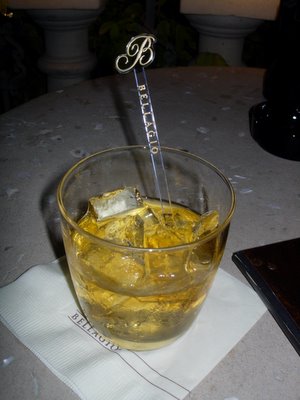 Pretty fantastic! We ordered another round of the same just to test if the mixologist inside was better than the one outside the club... same. I am still the reigning king of Cosmo makers in Sonny's world! I stuck to JW Black and Sonny was up for a change... a mojito... a fantastic Cuban drink made with cane sugar, rum and mint leaves among other things. 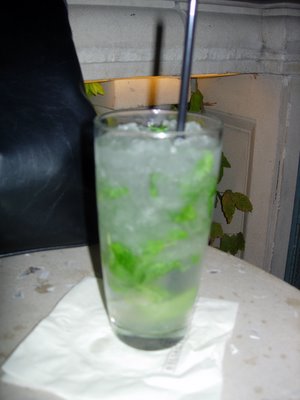 After enjoying a couple of drinks at the bar I ordered a nice cigar... called a Romeo and Julietta I believe that was mild, tasty and went well with my JWalker... on a night that had a slight chill to the desert air. Then it was off home again for a good nights sleep. 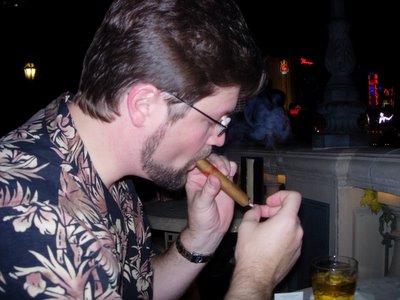